So, I spent days 3 and 4 very productively working on Impera (name changed from Rogue’s Arena because I felt there were too many games with the same name). “Impera” is part of the Latin saying attributed to Caesar, “Divide et impera,” this game’s slogan and a critical part of its strategy.
Anyway, I added some more AIs: a coward AI which is nearly impossible to corner, and a smart AI that tries to keep itself alive as long as possible, and runs when too many of its companions are killed. 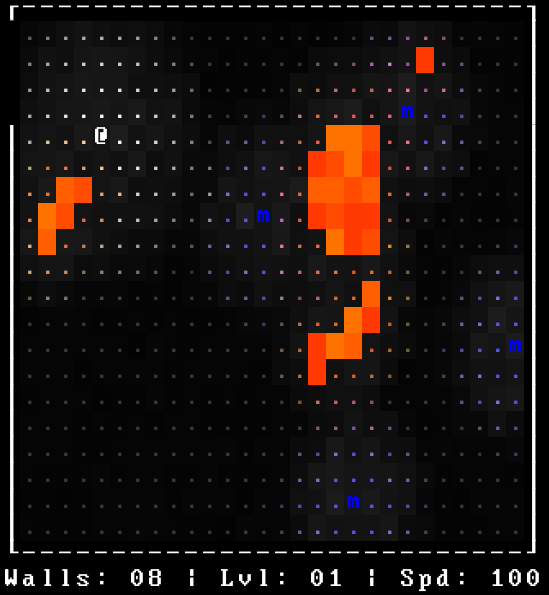 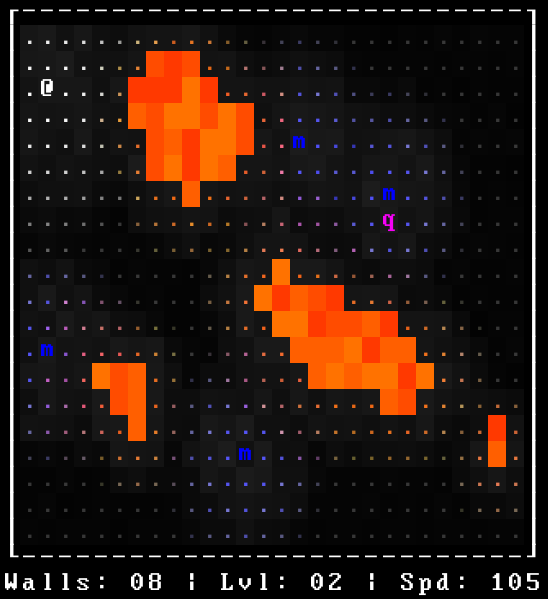 I still have to do some stuff, like smoothing the difficulty curve and balancing things. I also need to make sure the lava doesn’t make any rounds unwinnable and I’ll probably put some more monsters in. I’ll spend some more time polishing in general and maybe adding another visual effect or two (don’t want the screen to get too busy, though), and that’s pretty much it.