Well, it’s been a busy few days. I’ve managed to sink a decent amount of hours–seven or eight so far, I’d guess, into the game and I have a playable game at this point with a death screen, level up screen, experience, and working combat mechanics.
The AI is coming along nicely. I have mobs which pathfind diagonally and mobs witch pathfind orthogonally, and of course mobs which do both. I also have mobs which “blink” and plan on animating magical rays for them to shoot at the player.

Wall placement mechanics are also in place, making strategical combat quite interesting. I also managed to get a custom font in, using the new CSS3 web font interface, which is quite handy for emulating a neat console-style look. 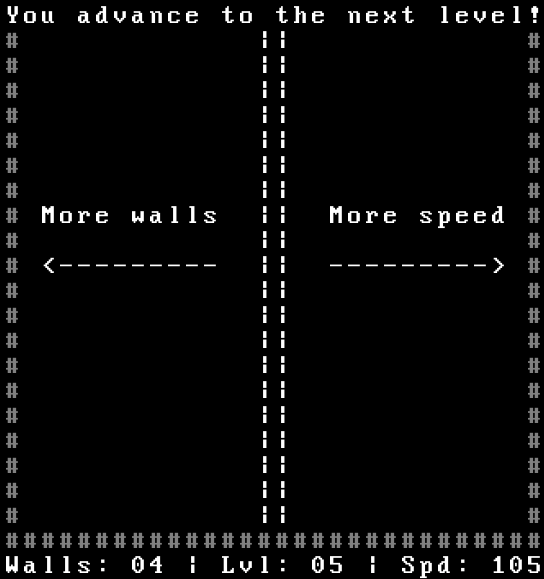 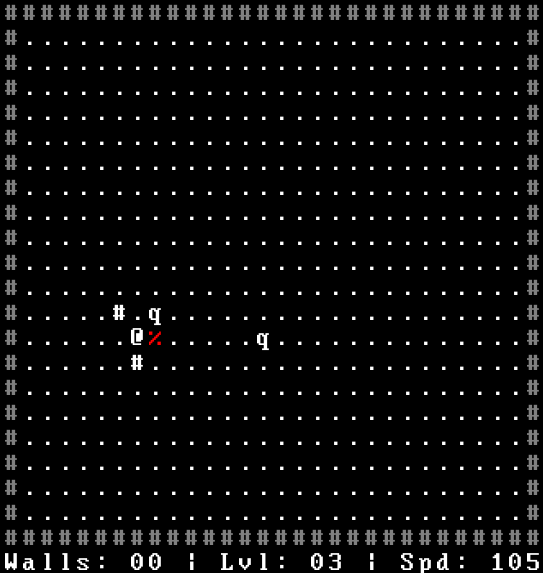 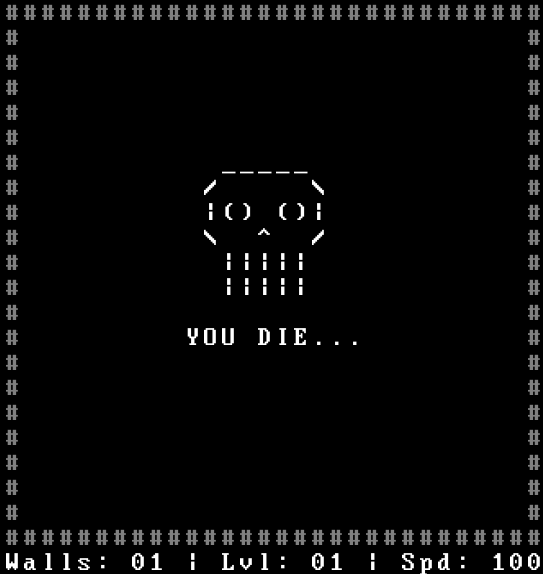